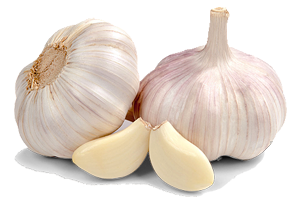 Once upon a time, convincing most doctors that garlic can prevent and cure many diseases was akin to talking to them about the tooth fairy. Even the most glowing research was dismissed garlic as ―folk medicine.

However, now, after more than three thousand successful garlic studies – many double-blind – physicians concede that there‘s more to garlic than meets the eye – or the nose.

The National Cancer Institute‘s Designer Foods Program, directed by the late Herbert F. Pierson, PhD, demonstrated serious governmental effort to discover and isolate healing substances in garlic, linseed, licorice root, citrus fruit and members of the parsley family, to determine what effects they have on human health and to design foods that capitalize on them.

In numerous talks to the media, Dr. Pierson named garlic as the food on which his group was concentrating – the one most promising for preventing cancer and other devastating diseases. “Garlic is the one we‘re going after. None of the other foods even comes close,” he said.

Findings of Drs. John T. Pinto and Richard S. Rivlin, researchers at the prestigious Memorial Sloan-Kettering Cancer Center, validate his statement. Aged garlic slowed the progression of prostate cancer by means of its unique sulfur compound called by the unspellable name S-allylmercaptocysteine — SAMC, for short. Yet even results of a well-structured study didn‘t convince all doctors. They wanted to know why.

Here Are The Reasons

Fortunately, the Sloan-Kettering researchers were able to determine the following reasons. SAMC decreases the production of certain proteins that cause harm, including prostate-specific antigen (PSA), a promoter of cancer cell growth, and speeds the breakdown of the harmful dihydrotestosterone form of the male hormone testosterone, which initiates cancer in some middle-agers and beyond. Dihydrotestosterone‘s negative influence was discovered when the spread of prostate cancer was blocked by castration, hardly the treatment of choice for the sexually active.

The product used in the study was Kyolic, aged garlic made by Wakunaga of America. Only properly aged garlic will form SAMC. It isn‘t present in brands of garlic that aren‘t aged, or even in fresh garlic. These researchers discovered that slowing prostate cancer growth by as much as 70 percent required ¼ to ½ teaspoon of the aged, liquid garlic extract taken two times daily with meals. They ranked prostate cancer as the second most common cause of cancer-related deaths of American and European males.

A high calorie intake, heavy in animal fat, seems to initiate this kind of cancer, according to many researchers. Prostate cancer is almost non-existent in Thailand, where little animal fat is consumed. In contrast, it runs rampant in Denmark and the Netherlands, where large amounts of animal fat are consumed.

Still other researchers relate high rates of prostate cancer – all types of cancer, for that matter — to eating far too much Omega-6 essential fatty acid (EFA) in widely used safflower, sunflower, peanut, and soy oils – and the margarines made from them — in ratio to Omega-3, –a lopsided 25 to 30 parts to one.

The Pinto/Rivlin Report also indicates that derivatives of sulfur in garlic inhibit the growth of transplanted tumors and apply the biochemical brakes to the spread of breast cancer, melanoma – one of the deadliest malignancies — and neuroblastomas (cancer of the nerve cells).

New studies have sparked an explosion of optimism that garlic may prevent, alleviate or cope with many medical ailments over and above cancer and cardiovascular conditions — colds and flu, Candida albicans (yeast infection) fatigue, and disorders caused by environmental poisons and heavy metals intoxication.

With the common cold uncommonly common these days, most people – at the first sneeze – think of vitamins C and A, as well as zinc. Not bad thinking, but it excludes another helpful nutrient: garlic.

Excerpted from the book “GARLIC: The Super Cure” Available HERE

About The Author: James E. SCHEER has written over 2000 articles and columns in more than 100 magazines worldwide, including Redbook, Good Housekeeping, Cosmopolitan, Better Homes & Gardens and a half dozen nutrition/health magazines including Let’s Live. Twenty two of his books -mainly in nutrition and health -have been published by McGraw-Hill, Doubleday, Pocket Books and others.

His book, Solved: The Riddle of Illness (with Stephen Langer, MD, of Berkeley, CA), was characterized by Dr. Wayne Dyer as “…one of the most important books of our time!”